When our house was built in the 60s, the construction workers were told to use lots of nails. We know this because Bob's grandparents told us so. They followed directions. We know because we had to pull them out. sigh.

There is a subfloor made of 2x4s on the diagonal, then a papery substance, then the hardwood floor- 1x2x18" planks that were laid down before the walls were built and so run along under the walls. Most of the house had been covered with carpet (which was then replaced a few times) and has all been pulled up by us except for the girls' room. But the bathroom, ah! the bathroom. Linoleum had been laid on top of the hardwood, and  then at some point the room was remodeled, when plywood was put on top of the linoleum, with more linoleum on top of that.

And all of it rotted. 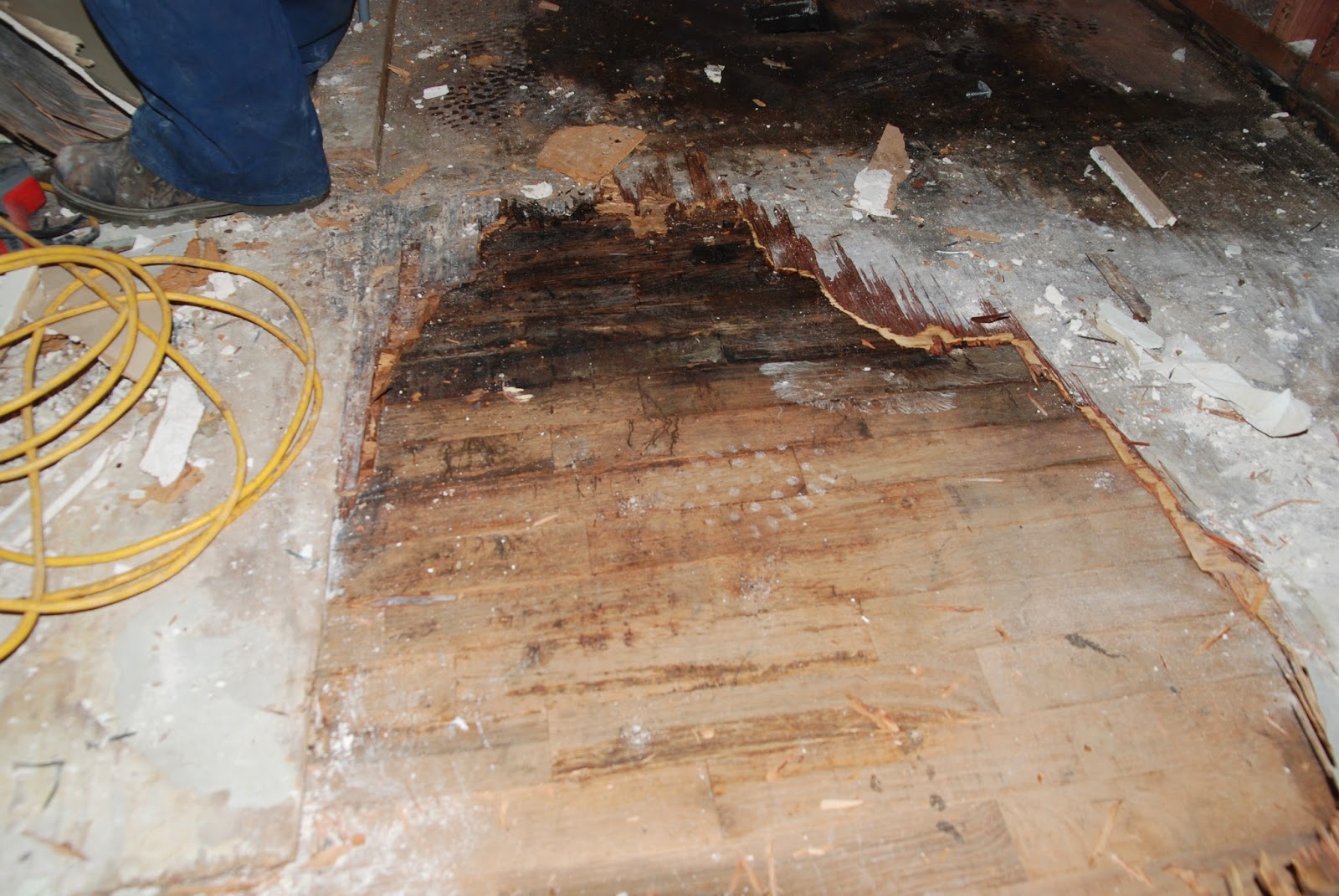 The toilet was actually not the worst part of the bathroom. Once we started pulling out fixtures and flooring we got a better picture of how bad things were. When Bob popped out the shower thing (a single piece with floor and 3 walls) he noticed that the pipes were not sealed at the joints. And that, coupled with the long time usage of a shower curtain instead of a door, had soaked the floor through all those layers. Mold. Slime. Rot. Stink. Standing water. 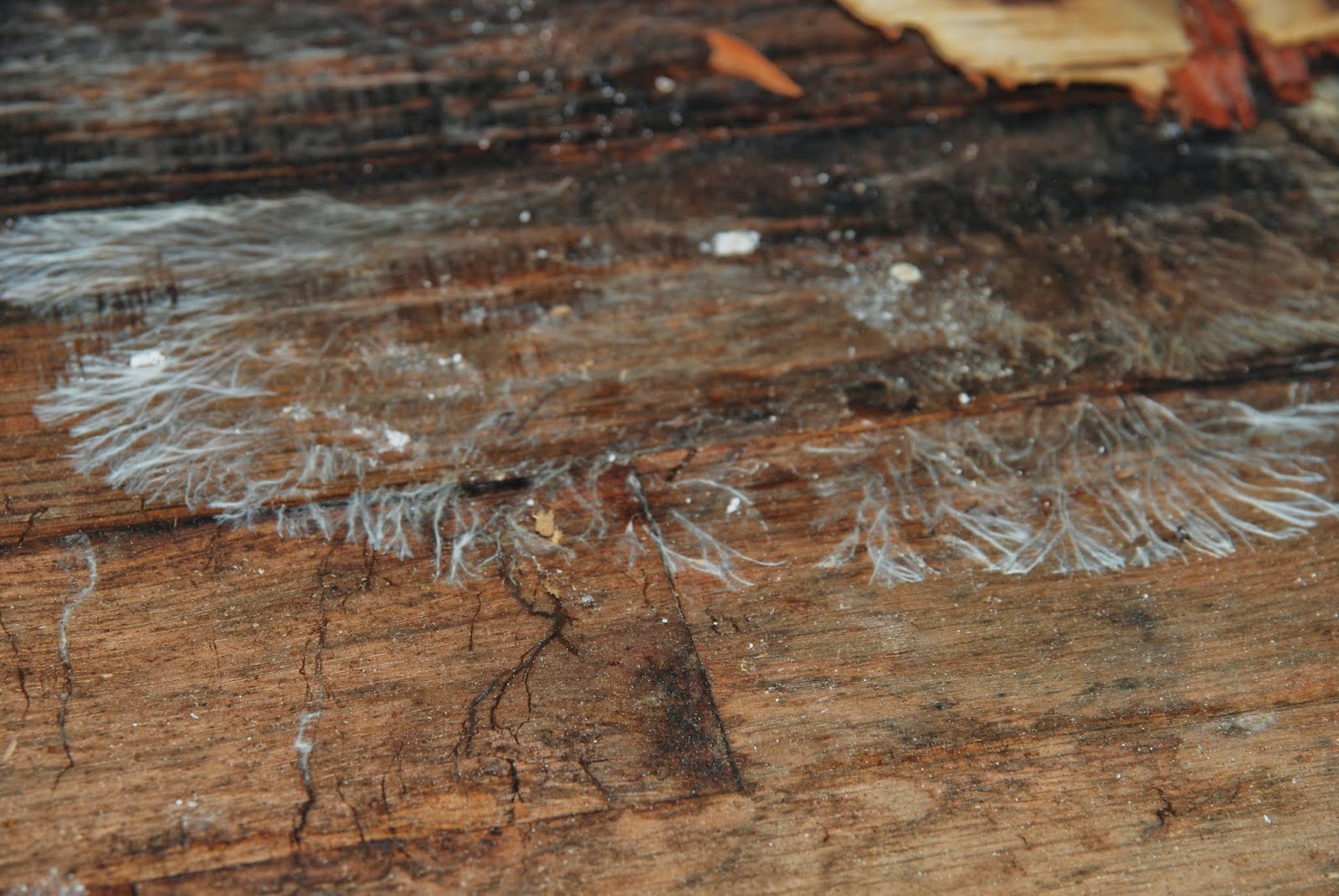 We peeled back the linoleum. We pried up the plywood (a nail every 4 inches). We pulled up each plank of hardwood - even those under the walls, thanks to a "sawsall." And then, in the worst of it, we pushed through, cut, pulled, hammered, and otherwise removed the subfloor as well. Yeah, there's a 4' square hole in our bathroom now. We took down 2 walls of drywall, a built in cabinet, a vanity, a built in wall heater, a wall cabinet, a medicine cabinet mirror... And 5 wheelbarrow loads of rotten wood. 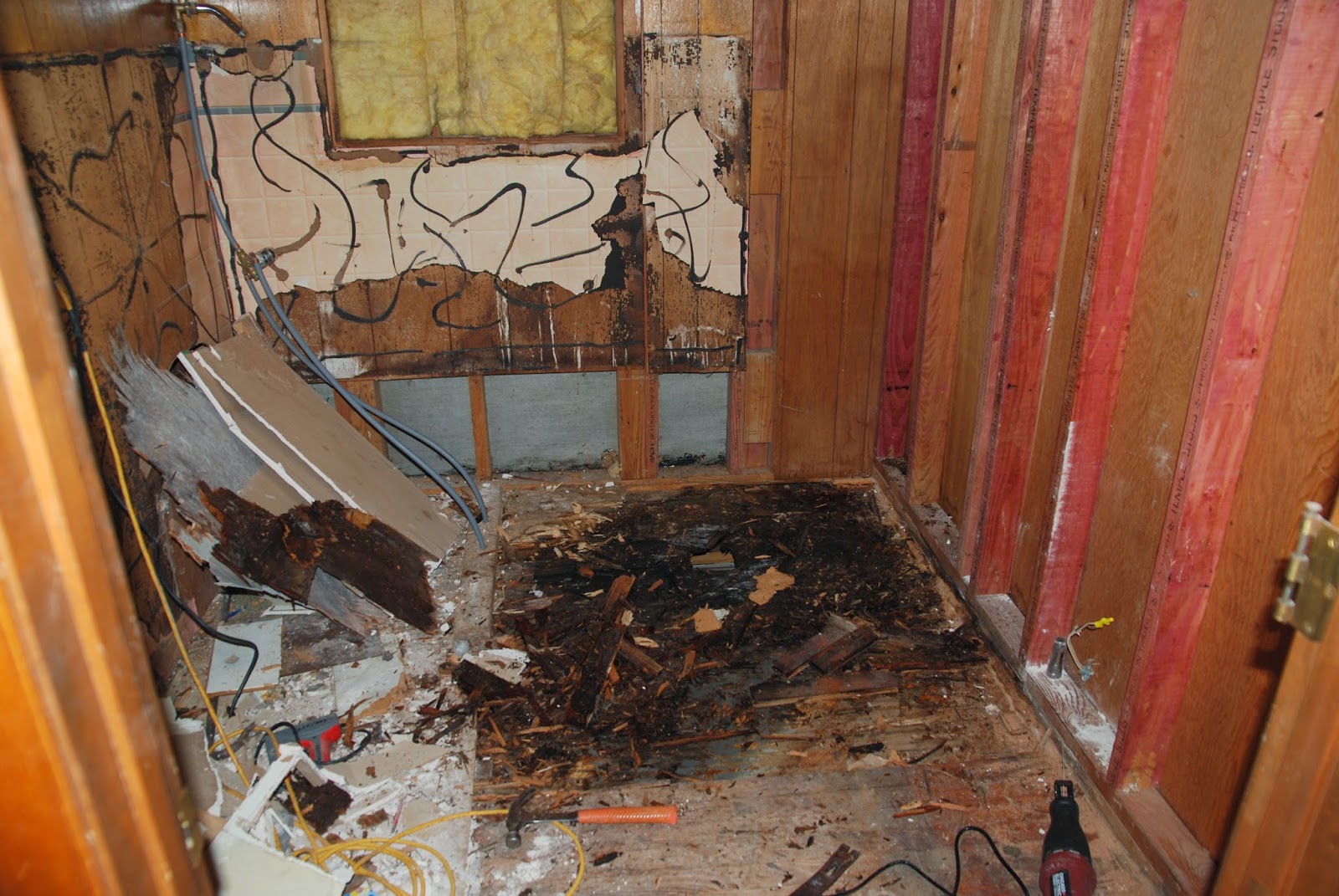 In the middle of the destruction Tuesday Bob cut through the shower water supply line and so did a 50 yard dash out to the shutoff valve, so we were without water in the house until I went to town for a fitting, which required a "crimping tool" that sells for $66. The nice guys at the lumberyard decided they could loan it out for a $50 deposit.

(Saturday, while Bob was doing schoolwork and I was playing Farmv... er, doing research online, the lights suddenly went out. The old fluorescent fixtures are a little temperamental, so I just waited for them to come back on. When they didn't, we went investigating. The circuit for the lights in 2/3 of the house had popped up. When we pushed it back down it sparked and popped up again, even with all the switches off. Bob switched out the breaker and it did the same thing. He finally decided it must be from our bathroom vent/fan, which we had trouble with and haven't turned on in a year. Then Riah decided it was time to take a 30 minute break. So in the meantime we prodded in the broken bathroom, by flashlight. Once Bob got into our bathroom and cut the wire to the vent, all problems were resolved. Then we got a better look at the main bath, and decided it had to be done.)
Sunday we took a break.

Monday we did some stuff here in the morning (I even worked in the garden for 10 minutes), and after lunch we went to Fayetteville. We checked the Habitat for Humanity Restore, and they did have a lot of tubs, but the tubs weren't cleared for sale yet (they test everything before they price it), and none of them looked very nice/just right. But we did find a reel mower for $40, and bought a bathtub sliding glass door that we thought we could find a track for, because new doors on Lowe's website were $700. Stopped by Taryn's doctor for an allergy shot.

Then we went to Lowe's. We were there about 3 hours before we decided to finish up and go eat supper. We looked at tubs, and they had in stock the one I'd seen online that said was a special order and would take 10 days to get in. Of the 4 tubs they had in the price range, we liked that one the best - it is a standard "footprint" but has an "apron" front, so the inside of the tub is actually 2 inches wider than normal. It was set up with the tub surround that we liked best, and had a custom made sliding glass door with it for $400. We realized the door we'd bought wouldn't work because it was straight, but didn't like the curved one, so decided to go with a curtain - they don't leak as bad on a tub as on a shower.  Then we looked at sinks and counters, and then over to cabinets where we found the cheapest cabinet actually suited, and came with a sink/counter. We looked at light fixtures, and I picked out the same one we'd installed at church, because of familiarity, and the reasons we bought it then - very quiet fan, takes regular sized bulbs. It is white and "brushed nickel" which is a soft silver color. Then we looked at faucets, and I first went for brushed nickel to match the light, but as we had a hard time deciding on a sink faucet I thought we'd pick the tub faucet first and match the sink to it (much fewer selections on the tubs). But then, I saw that in the chrome section (that is, shiny silver) they had tub/shower faucets with - gasp! - 3 handles!!! Remember when they all had that? And then for the last 15 years they've only offered the faucets with a single handle, so that the higher the volume of water, the hotter it is. (We managed to find a 3 handle one for our master bath, but had to order it online. Even the specialty plumbing store didn't have any.) So we decided to go with chrome. Picked the tub fixture, then argued about the sink faucet. (This was me and the girls. Bob had gone out to measure the van and see what we could fit in it today.) Bob showed up and helped us decide on a faucet. Then he didn't like that the light was nickel, so back to the lights and changed for a chrome one. Then to tile. They don't have white tile in anything bigger than a 4" square. We wanted white. So we talked about the little tiles. We looked at big ones that were mostly whiteish. We noticed that 99% of the tiles were rough on the surface, which we all agree feels "ugly." We were getting tired and grumpy and the children were going nuts, so we went to dinner. But first we had to load the van. This took at least 30 minutes, and finally ended with the tub out of the box, wedged in between the top of a seat and the ceiling. We didn't get the tub surround because it "wouldn't fit."

Then Taco Bell. Took 20 minutes to get our food. Were still hungry. Got more food. Got a single churro that took 10 minutes to heat up. Finally left! To MIL's for our tile saw that they'd been using. Went to another Lowe's to decide about tile. Finally picked out a 9x18" marble-look that's labeled "wall tile" - on closer inspection, all the smooth ones are labeled for walls. Got mortar and grout. Went home.

Tuesday was the day of demolition described above. We had to move a bookshelf to get the shower unit out of the house. Taryn and I wore dust masks all day. Everybody drank some Emergen-C. Wednesday we worked more and calculated the plumbing needed. As the list got longer it seemed that it would be cost effective to go back to Springdale. Taryn called her allergist and they said she could get shot Wed. instead of Thur, and we were off. We finally found all the right fittings, the children were a little better, and then we ate at Buffalo Wild Wings, where the service and the food were both excellent. We decided it wasn't worth going out of our way to Aldi for bananas, but just as we left town I remembered we were out of milk, so we stopped at Harp's grocery.

Once home, in anticipation of today's extreme cold, Bob rough-cut our new subfloor and covered the hole in the floor. Today, Thursday, Bob went to work with his friend at a remodel in Kingston. I'm keeping the fire going and catching up on laundry.

Wow! A lot of work, but progress! mums

I tried to read this and comment yesterday, but Blogger (and parts of the rest of Google) was apparently hit by a "bug".

I agree about the 3-handle versus 1-handle tubs/showers. The one-handle thing that only gets hot with higher water pressure is idiotic and poor design. I'm not sure why they keep making those (or why people keep buying them).

If we ever change out our showers/tubs, we'll certainly look for three-handle varieties.