More of Daniel and the bathroom

The day after I wrote about Daniel, we went out to eat at AQ Chicken house in Springdale (the one in Fayetteville is better, but we were in Springdale). Daniel was super fussy, and even the hot rolls didn't help, since he isn't a big eater like my others have been. Finally he decided the next best thing to running down the hall (which I wouldn't allow) was to play with the little foil margarine packets on the table. He crinkled it for a few seconds, and then wanted it open. I figured at this point I had little to lose, so opened it for him. He played with the spread for several minutes, mostly trying to figure out how to get it off of his fingers (and thereby spreading it further). Several napkins later he was starting to fuss again, so Taryn handed him another packet, apparently unaware that he'd just had one. This time, however, he had a knife as well, and used it to scoop out the fake butter and proceeded to eat it. At least he wasn't screaming. Before we could finish our dinners, he'd eaten two packets of the whipped topping, as Taryn began to sing:


And we worked on the bathroom some more this week, making 45 trips (oh, maybe it was 4-5) to the hardware stores for plumbing parts. Here is the bathroom at its most demolished, with Bob sitting on the cold, wet ground under the house so he could work on the plumbing while he still had a nice opening and light to work with (rather than crawl under later). 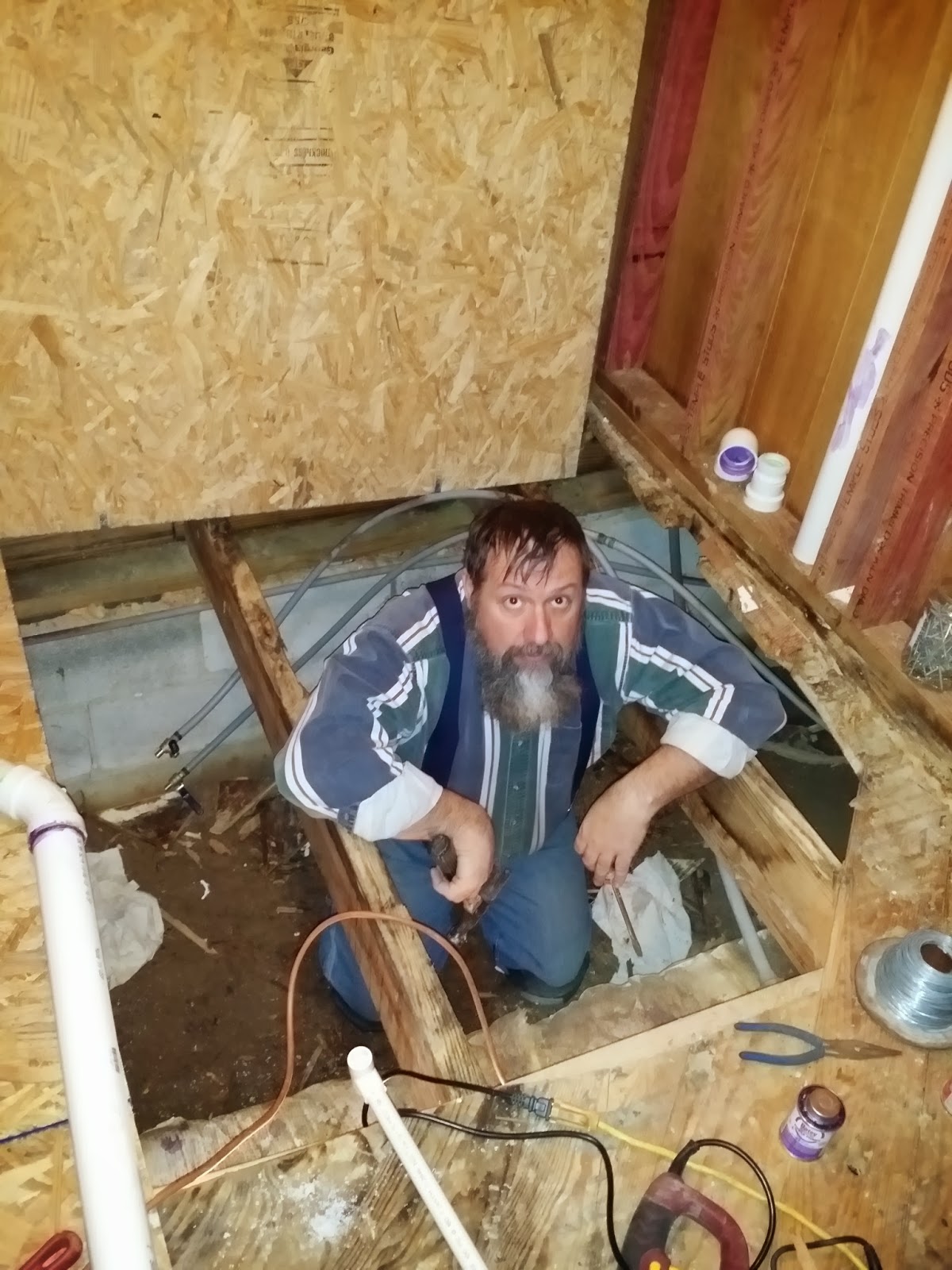 And here is the bathroom as it stands today, awaiting another trip to Lowe's for paneling and the tub surround. The untiled area is where the tub will go. 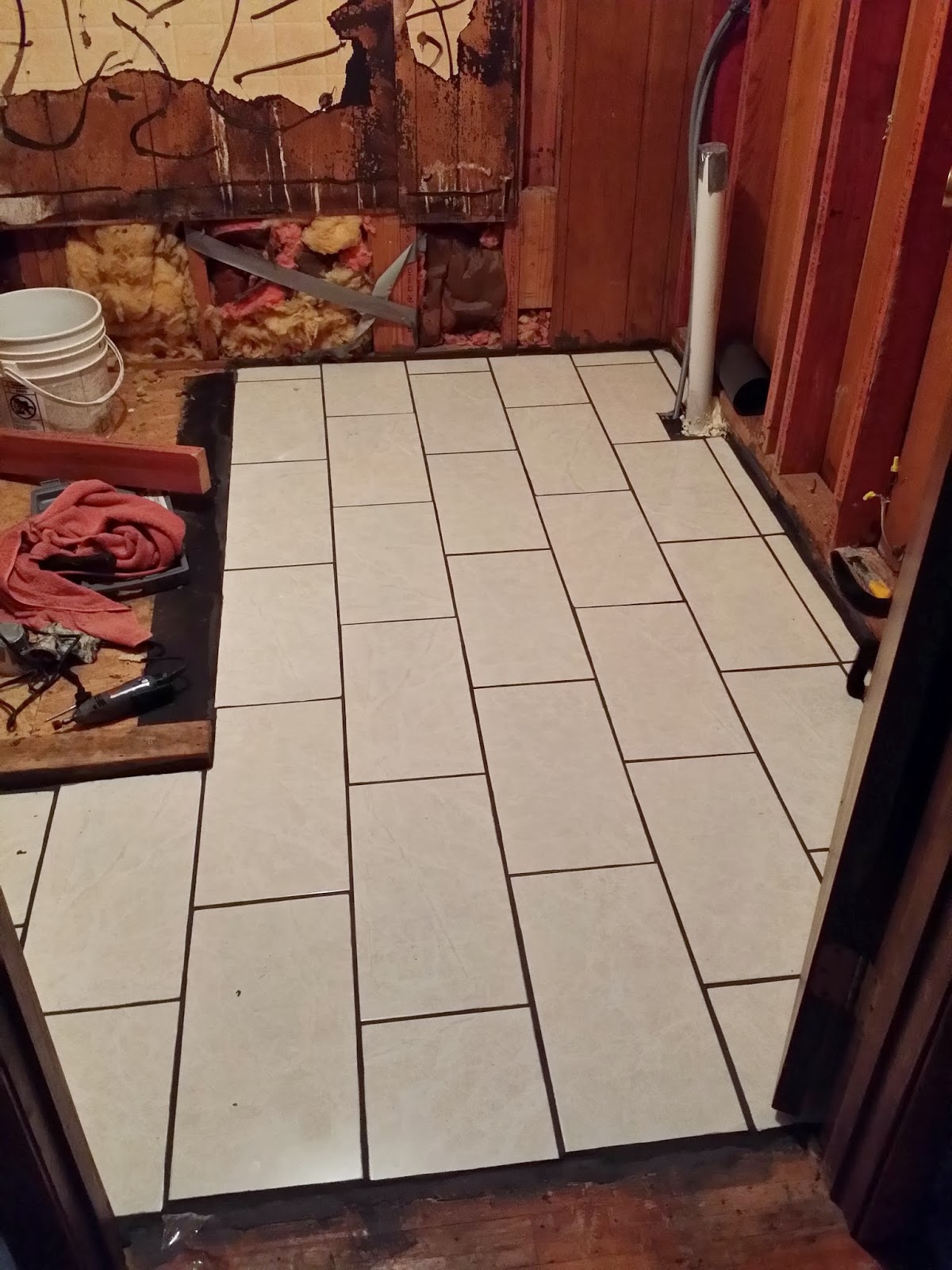