Some sayings of the little boys


This week:
Elijah, while I was giving him a shower: Don't do this to me!  It's a dumb idea!!
Daniel, while playing on the lawn mower, stuck the key in the ignition and said," brmmmm."
Daniel rushes into the boys' room after they were in bed and yells "roar!"

July 15:
In which Elijah confesses his utter dependence on talking:

Bob says: Be quiet!
Elijah: If I'm quiet I can't breathe, and that's the problem.

Posted by MamaOlive at 01:45 3 comments: Links to this post

Daniel is such a hoot! His hair might look blond sometimes, but he definitely has a red-head personality. He is very smart and creative - a real problem-solver. He likes to play with Bob's computer mouse (wireless), so he'll get a book and take it to Bob as if he wants to read. Bob will take the book and open it up, and Daniel will use that moment of distraction to grab the mouse and run away.

He likes to stick his hands into holes. He will figure out steps to take to accomplish his goals. He's learned two ways to open things - pulling off a cap, like for a marker or chapstick, and using his teeth to open flip caps, like my tube of lotion, which he likes to lick.

He's starting to talk, and will say "hi" out of the blue. When I say "I love you" he gives me a hug. In fact, he hugs me a lot, because I'm his favorite person ever, and he's been super clingy ever since the teacher training I went to in July, and will push others away from me. He's also learned to punch, and to shoot with a pretend gun (complete with sound effects). :( He points and says "look!" or gasps as if in astonishment, especially at lights. He stacked 2 blocks a week or so ago. He will deliberately make a mess so I will clean it up and he has a chance to get into something else. But he has learned what "no" means (and protests its usage). 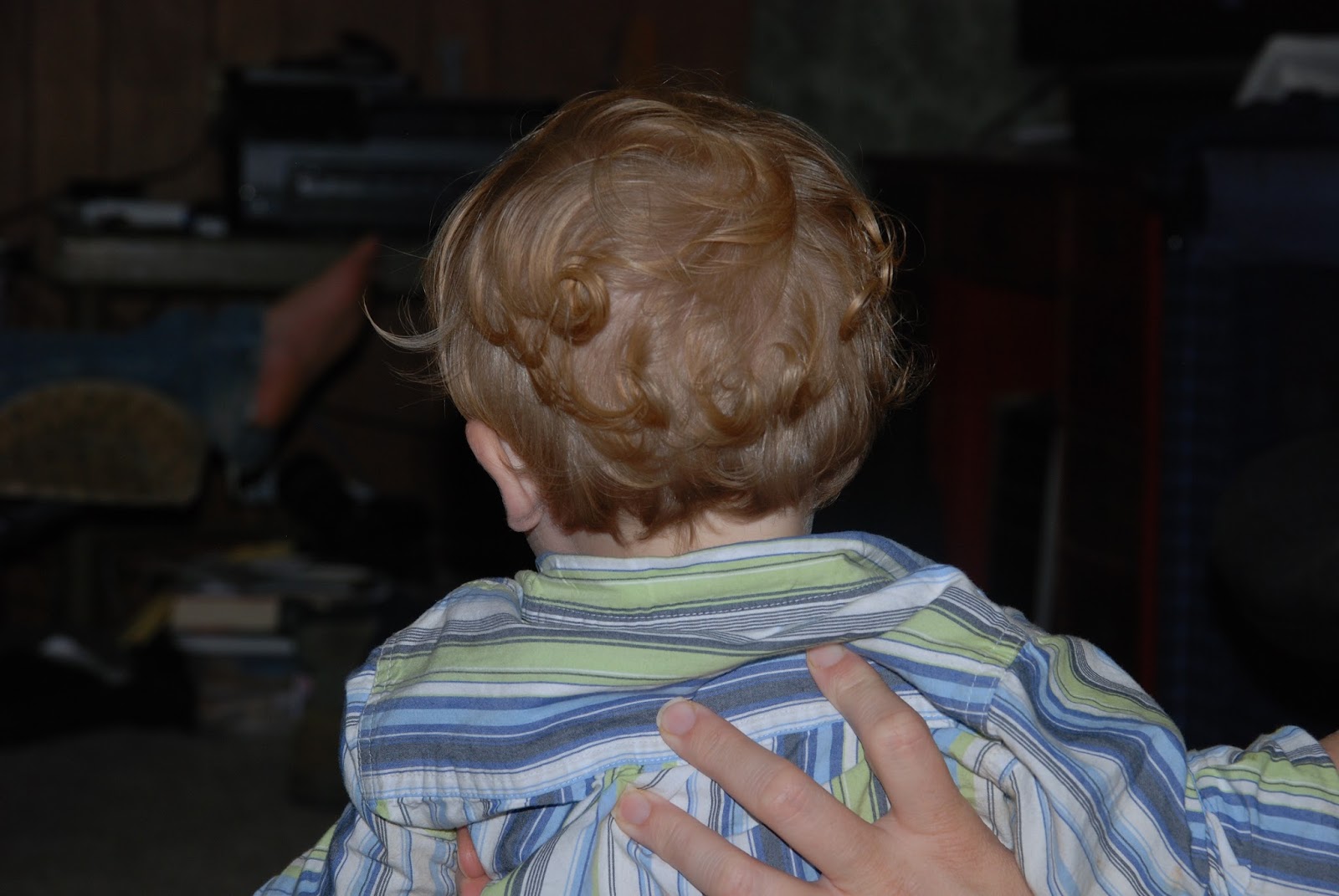 Posted by MamaOlive at 04:10 5 comments: Links to this post