I made a skirt for myself and another for Naysha, then supervised Taryn while she made one.

Then, I helped Bob "do" the boys' room.
This started with Bob feeling destructive. I suggested he tear out the wall in the closet, which is one of the initial home improvement projects we planned. See, it used to look like this: 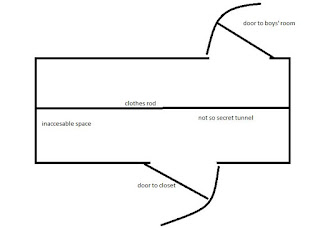 Bob tore out the wall on the closet side, thus making all the space useable. But with this move came organization that left the boys without a private space of their own. So we decided to put up a shelf or two in their room. But first, we paint. 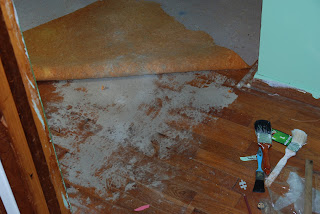 Then tape around floor, then two coats on the baseboards. 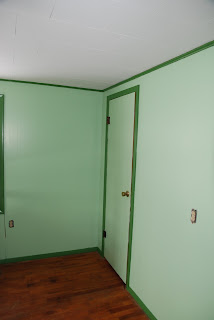 A few notes: the room is about 10x12 and has 2 sets of bunk beds that we didn't take down. It's hard to paint while touching the wall you're working on. Placing sliced onion around the room really helps with the paint odor, but it also makes you hungry. We'll get new switch and outlet covers next time we're in town.

Looks great! Can't wait to see it all finished. mums